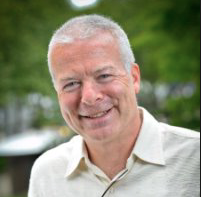 Richard Shinnick, former NSA advisor and Air Force veteran, is the Founder of Touchstone Security with 35+ years of experience in the computer security industry providing advice on cyber risks and cloud technology. For a decade Mr. Shinnick developed and taught Cyber Security courses at Columbia University, New York University, the University of Barcelona, and others. Mr. Shinnick served in the United States Air Force Electronic Security Command as an Airborne Cryptologic Linguist in the Rivet Joint Program during the Cold War and was an advisor to the NSA. He holds a B.S. degree from Embry-Riddle Aeronautical University.

Mr. Rothenberg has extensive expertise with Microsoft Windows OS, Exchange, Office 365, VMWare, Cisco networking as well as with advanced storage and appliance configurations and installations, system load balancing, backup and DR solutions, endpoint security hardening and control, and advanced authentication systems.  Mr. Rothenberg has worked in both regional and global industries and in data sensitive fields including healthcare and aviation.  He is a graduate of the University at Albany State University of New York with a Master’s degree in Information Science & Technology (MIS), and has obtained technical certifications in Microsoft and AWS.

Zachary Job is a Stevens Institute Alumni with a Computer Science degree and an AWS DevOps Professional Certification. Zach is a firm believer in low-level programming foundations but is an ardent supporter of using bleeding edge technology. He has worked with startups and for US Army R&D. Zachary is a Windows expert with three years of .NET development, but prefers Linux and open source. His current focus is AWS, Infrastructure as Code, and cloud applications.